This site uses cookies, including of third parties. By clicking "Accept All Cookies" you agree to the storing of cookies on your device to enhance site navigation, analyze site usage, and assist in our marketing efforts.

Role: Researcher
ITD office: Genoa
Telephone number: +390106475319
E-mail: This email address is being protected from spambots. You need JavaScript enabled to view it. 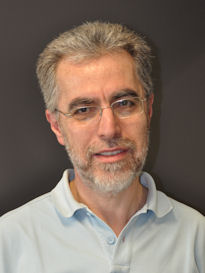 From 1982 to 1986, he worked in physics education at the Educational Technology Centre, UC Irvine, initially as a CNR research fellow and subsequently as project manager. In 1986, he joined CNR-ITD as a researcher and he worked on exploiting multimedia technology in design and development of learning systems in several EC DELTA projects. Since 1995, he has collaborated with Reggio Emilia infant schools, exploring the use of computational construction kits as learning tools for early childhood education. This research led to the CAB project in the ESPRIT-ESE programme. More recently he has coordinated CNR-ITD’s participation into the IST-WebLabs project.